Keep up to date

At the beginning of April we welcomed our Country Manager Poland, Mr. Rafal Darski, to the visaVento team. With Rafal Darski, an experienced personality could be gained that combines both technical and business know-how. Mr. Darski has already developed his own wind farm projects, led one of the largest suppliers of wind turbine spare parts, and most recently served as CFO of a state- owned wind company with several thousand employees. Despite the lack of personal meetings, he integrated perfectly into the existing team. With his many years of experience in the wind energy industry, he enriched the team in Warsaw and strengthened the company at the top level.

Diversification of the project pipeline outside of Poland

On behalf of a Swiss group of investors with an institutional background, visaVento Holding AG evaluates a project portfolio of 250-300 MW in EU Eastern Europe, the main market of visaVento. To this end, intensive discussions have been held with interesting project owners in the past few weeks.

Planned development of your own portfolio:

After an intensive Due Dillegence phase, the decision was made to build the L19iniewo project with 34 MW for its own portfolio. Discussions were held with a consortium of investors, which were initiated by a well-known St. Gallen law firm. For this purpose, the project was subjected to an in-depth economic analysis, with internal specialists from the law firm being deployed. After a positive result, the law firm was able to give the green light for the application for equity financing. The management of visaVento assumes that the financing can be successfully concluded by the middle of the year. After commissioning in autumn 2021, this wind farm is expected to generate regular financial income.

In addition, the wind power plants operated by visaVento save thousands of tons of CO2. This value, which has not yet been valued, represents a promising asset for visaVento and its shareholders. In Germany, prices of over EUR 25 .- / tonne CO2 have already been paid, although this value has already been classified by politicians as too low due to current climate developments becomes. The management of visaVento will pay particular attention to this development.

Fortunately, visaVento Holding AG can report on the completion of construction contracts for two wind farms with a total capacity of 52 megawatts (MW). The construction of one wind farm with a nominal output of 28 MW should begin at the beginning of next year. Construction of the second wind farm is scheduled for mid-2020. The expansion of the existing wind farm in Krzanowice by 24MW to 40.5MW.

Both wind turbines are created according to the model of the repowering turbines, i.e. with used turbines from Germany and / or Austria. With this model, attractive returns can be generated without subsidies and purely by selling electricity. 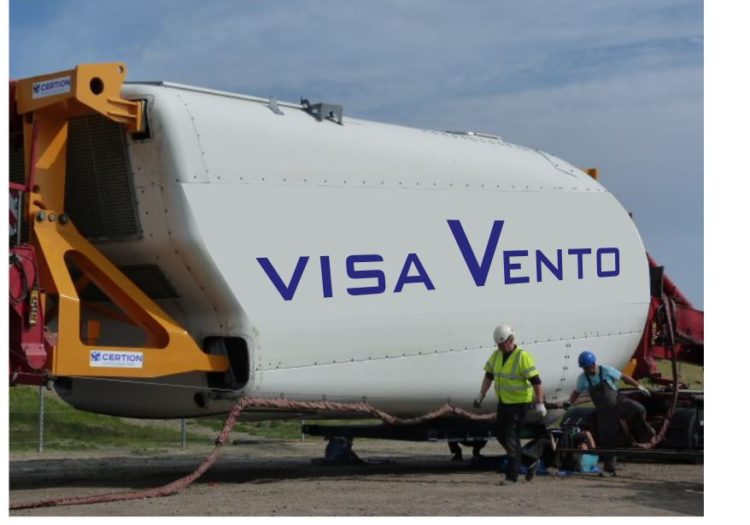 New lettering on the nacelle 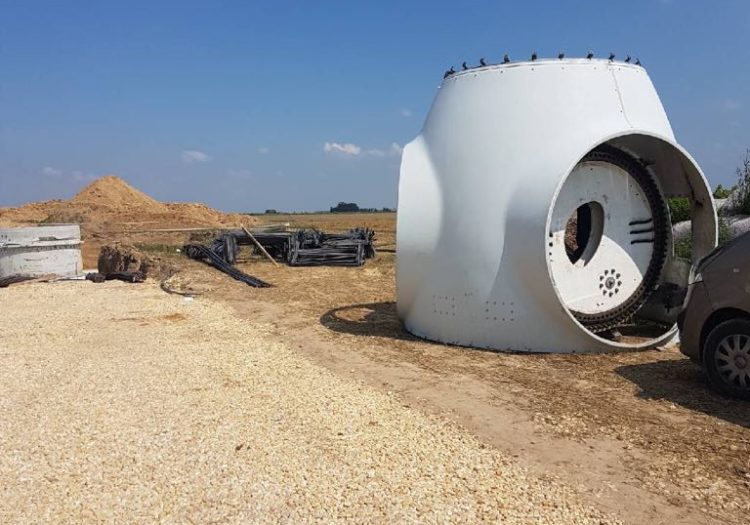 The first hub has been delivered